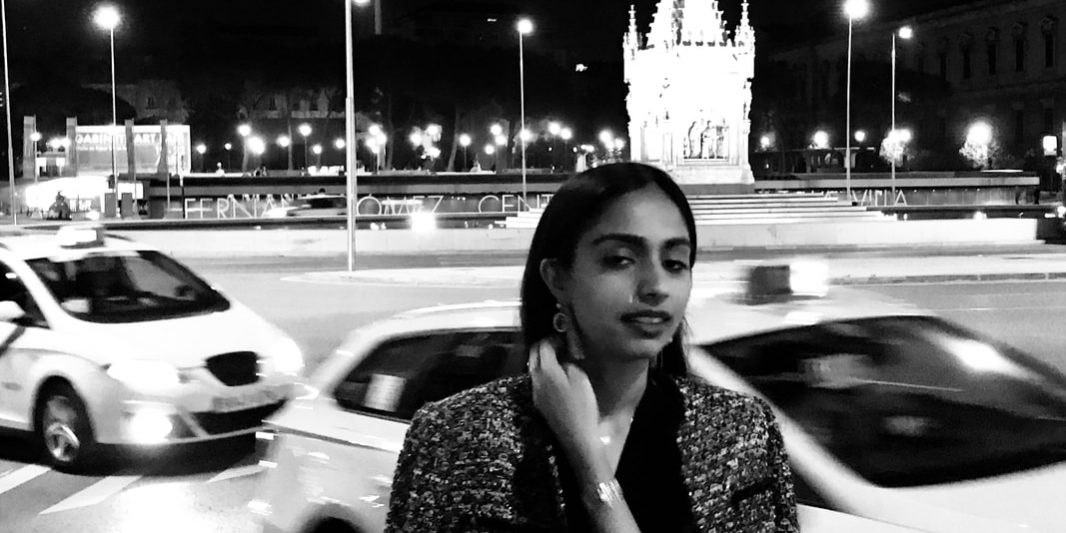 Amidst a great travel delay and several short moments of panic, believing that I would be stuck in an airport overnight, I successfully found myself in Madrid, as I had planned! I was going for a mere 2 days to attend a conference: one that was scheduled to have a panel on the business of fashion, with speakers Lawrence Stroll, Tommy Hilfiger, and Elle Macpherson. It was going to be a dream come true.
Well. Due in part to maintenance issues, and in part to American Airlines’ inability to take care of their passengers as well as provide adequate service, I ended up reaching Madrid 9 hours after my intended arrival. What did that mean? It meant I missed the entire panel, and lost my chance to both hear and meet those icons.
Still, I am a firm believer that everything happens for a reason. Yes, I missed the panel. Yes, the entire point of my trip was lost. But I fell in love in Madrid. With Madrid. The city reminded me a great deal of Paris, but was a much cleaner, crisper, and less occupied land. It’s true that I do not have that amazing story of meeting my personal icon(s) and having my career dreams come true, but what I got out of my trip was perhaps much more important at this very point in my lifespan.
Madrid, as a city, taught me what I truly wanted out of life–a pace and mindset perhaps not as fast and cutthroat as the likes of Boston and New York,  but not as slow as, say, San Diego. While it might be a major city, Madrid is not close to comparable to the major cities in America. The charm is entirely different. I would even argue that it’s charm is unlike any other European city I have seen, even though the architectural influences among European cities draw some similarities. All in all, Madrid reminded me both of the kind of life I used to have growing up, and the kind that I aspire to have in the future. What Madrid has that most of us here in the states and in many other places currently don’t is the concept of “balance:” where we work just as hard as we play, relax just as deeply as we concentrate, have as much tradition and culture as we do modernism, and indeed, eat just as much as we walk (haha)!
-MS

Financial Planning Tips for Freelancers: Lessons I’ve Learned As A Content Creator 
May 20, 2022