You are here:
Lifestyle 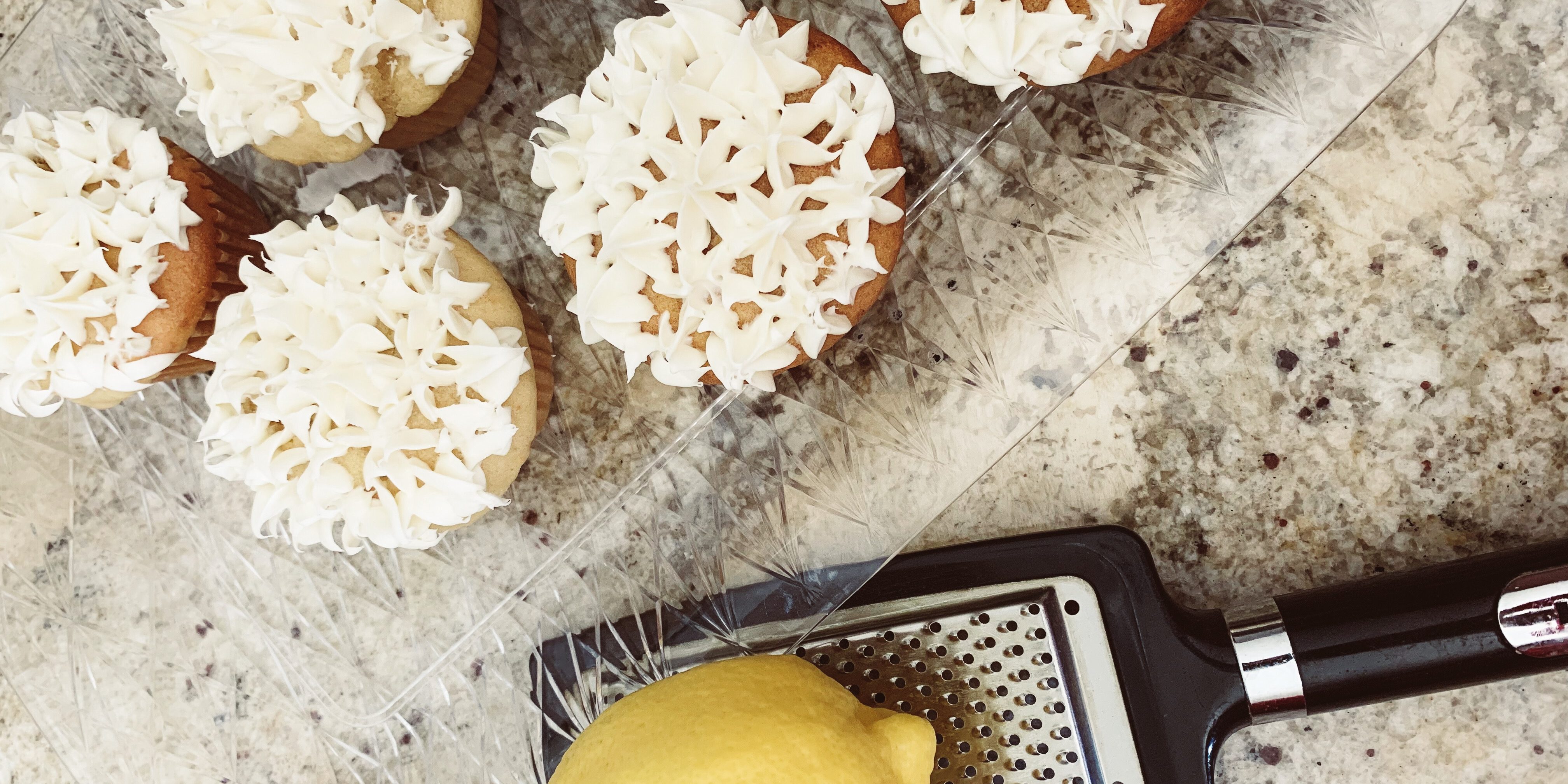 Food, fashion and fitness are my three favorites. I’ve always been a foodie at heart, and I figured, why not share some of my creations with you all? I also know that a lot of you guys have been requesting more food-related content, so here comes a simple recipe for cupcakes I made for a family member’s graduation party! And to top it all off–they’re egg-less and made with non-dairy yogurt! #VeganAlert

Though, to my dismay, I did find out later that the mix itself had nonfat milk as one of the (very last) ingredients listed. So while I attempted to make these 100% vegan, I’d be lying if I said they were completely. Nonetheless, they turned out super scrumptious, and given the messy cook that I generally am, I’m pretty proud of what I created!

Here’s what you’ll need to make about 30 cupcakes:

I began by gathering all the ingredients together, then poured out three of the cake mixes into a large mixing bowl.

The next step was to melt and measure the butter, so I just about eyeballed what I thought would make 1.5 cup of melted butter, and thankfully, I turned out to be pretty close. It took about 6-7 large spoon scoops.

After melting the butter, I poured it into the mix.

Now onto the yogurt; I took my handy 1/4 cup measure and filled it three times over, pouring yogurt into the mixing bowl each time.

And the last of the wet ingredients–the water. I poured a cup right in, before realizing I could add just two more ingredients just before and as I was mixing!

Indeed, salt and baking soda, I knew, would add a little bit more taste to the cupcakes as well as help them fluff and rise since we hadn’t used egg in this recipe. Though, you can still create these cupcakes without them!

After I finished putting a pinch of baking soda in, I whisked away (AKA, I got my arm workout for the day–no, for the week–in).

After my arm started to get sore, I knew it was probably time to stop trying to be a perfectionist and be alright with just a few lumps in the mixture. I brought out my cupcake pans, PAM sprayed them, and lined them with cupcake liners!

Oh, and here’s a hack that I’ve always found super helpful: to pour the batter in the liner, always use an ice cream scoop of some sort. These generally have just the right amount/measure of batter that should go into the liner so that it’s neither too meager nor too full.

And…once the liners are filled….

It’s time to put them in the oven! My oven has a fun Convect Bake setting that allows for a quicker baking time, so I didn’t have to wait too long until my cupcakes were done. I’d say that I began preheating the oven just when I finished whisking the batter, and the pouring took me a good ten minutes. So, after ten minutes of preheating, these bad boys went straight in the oven.

If anyone knows anything about me, they know that the biggest thing I’ve had to work on for the past few years has been patience. I’m extremely impatient, especially when it comes to cooking/baking food. My mouth always waters when food is in the process of being made, and waiting is perhaps the toughest thing for me. Nonetheless, watching the cupcakes rise is always super thrilling–it’s just tough to know when the right time is to open the oven to do the toothpick test (stick a toothpick down the center of a cupcake, then lift it up to see if it comes out clean–this will signal that the baking is complete).

After about 28 minutes in the oven, however, I did the toothpick test and viola! My cupcakes were done!

Now I’m not going to lie. I attempted to make my own frosting and wasted a good two hours on it. So, I’m here to tell you that unless you’re a frosting aficionado, save yourself the time and just buy a good old Pillsbury vanilla frosting to make your life a little easier. Seriously, ain’t nobody got time for sloppy, messed-up frosting filled kitchen counters.

I also will be honest and say that at some point in high school, I took a week long cake decorating course and so I had these really cool tools for cake decorating stored away. While I definitely didn’t have the same artistic ability and technique I had back then, I still managed to remember a thing or two about frosting cupcakes. Rule number one: always start in the center, and rule number two: no matter how messy it is, it is art. OK, I made the second one up, but I still think it’s true.

I decided to do two different techniques: one super simple and one a little more fun.

Oh yes, and–if you couldn’t tell from the first image of the two above, I did decide to sprinkle on some lemon rind for decoration and taste!

There you have it folks, lemon cupcakes with vanilla frosting and lemon rind on top. I could try and come up with a super fancy name to elevate these babies but I’m sticking with plain and simple on this one. Hope this post either made your mouth water or else inspired you to go and create some cupcakes of your own! Either way, pleasure to have you here and thanks for reading 🙂

Financial Planning Tips for Freelancers: Lessons I’ve Learned As A Content Creator 
May 20, 2022

Apartment Hunting Journey: A Guide To Finding The Perfect Place Of Your Own
January 12, 2021

Get A Glimpse of My Versatile, Workout-Ready Timepiece
October 26, 2020